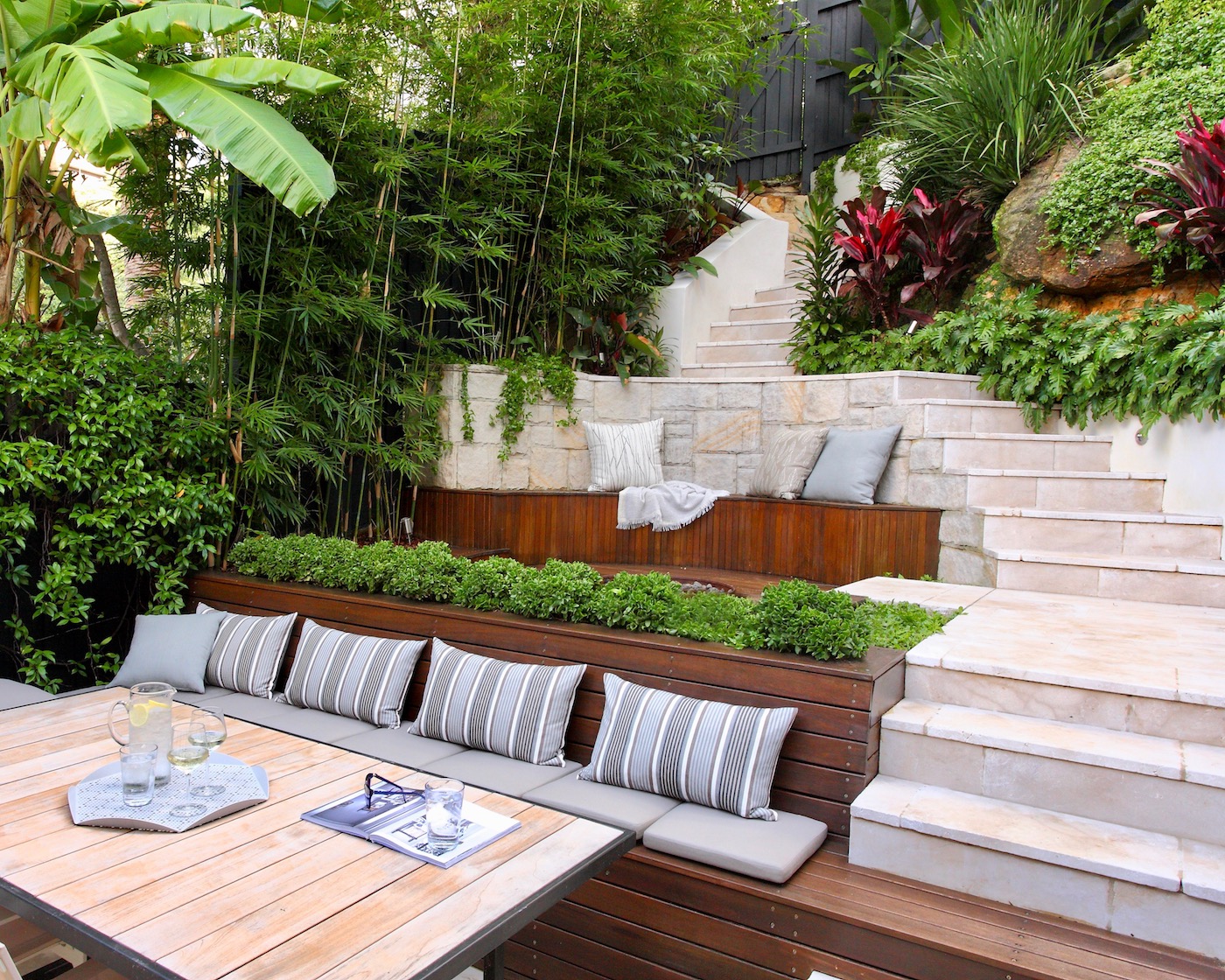 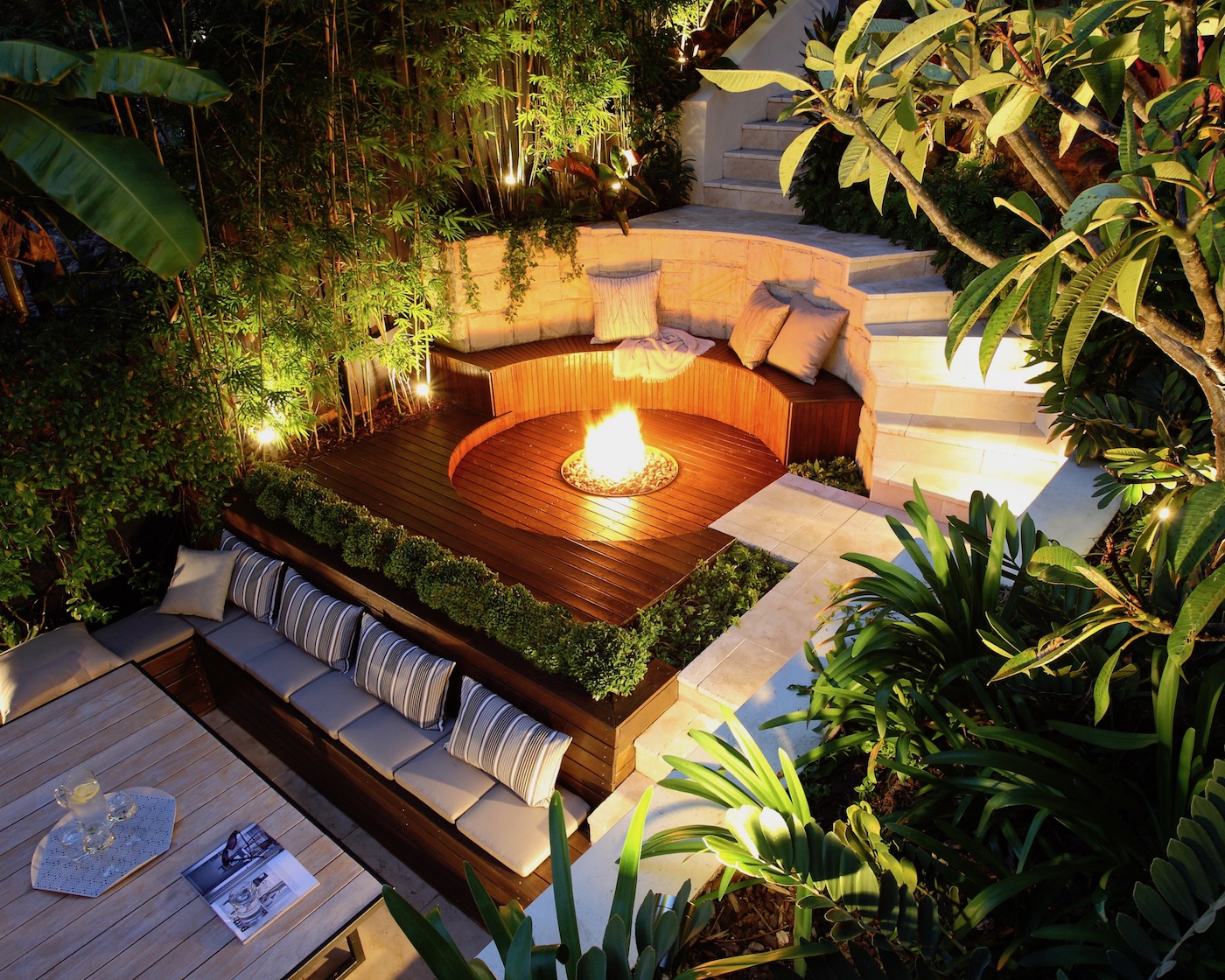 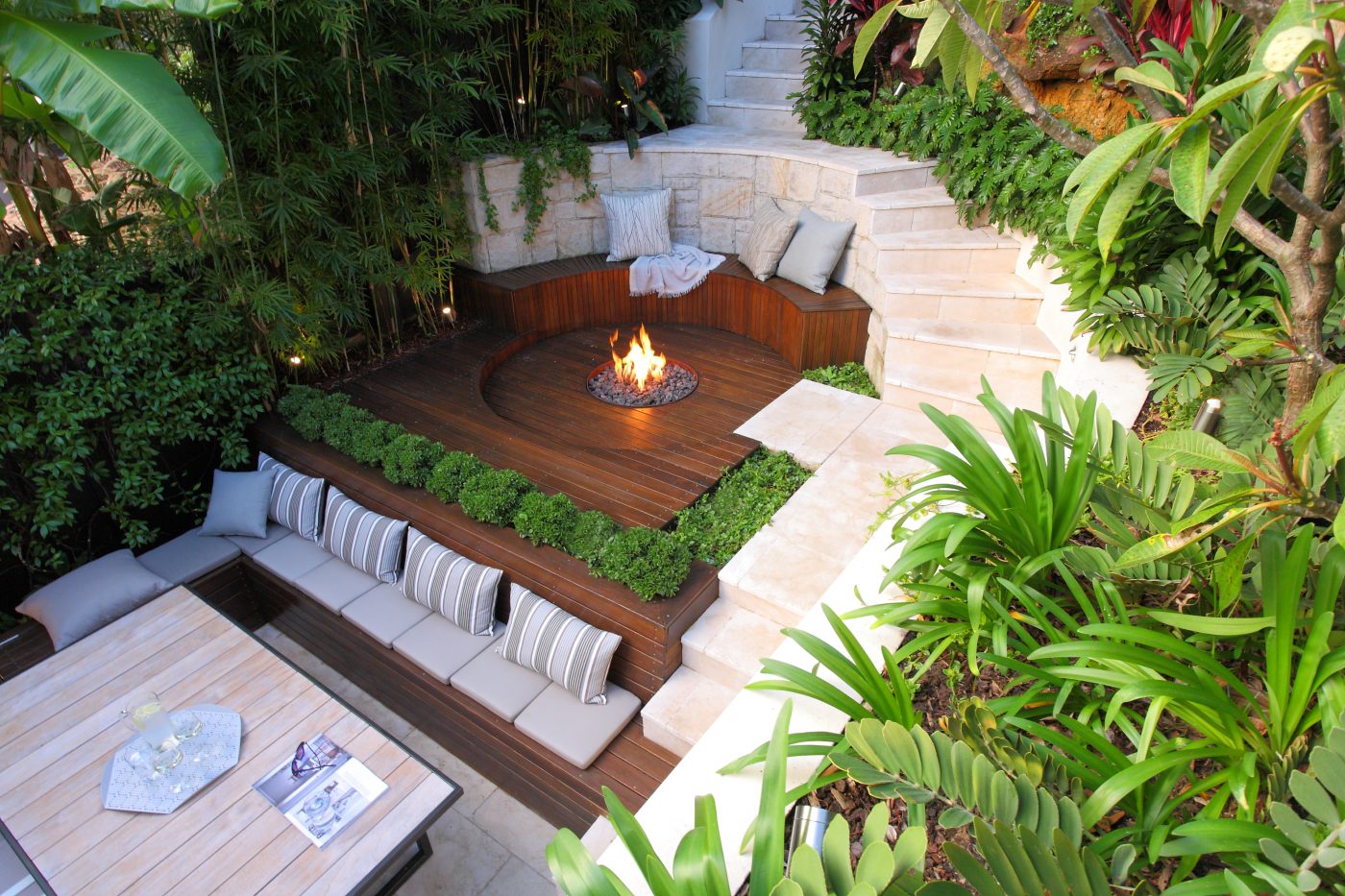 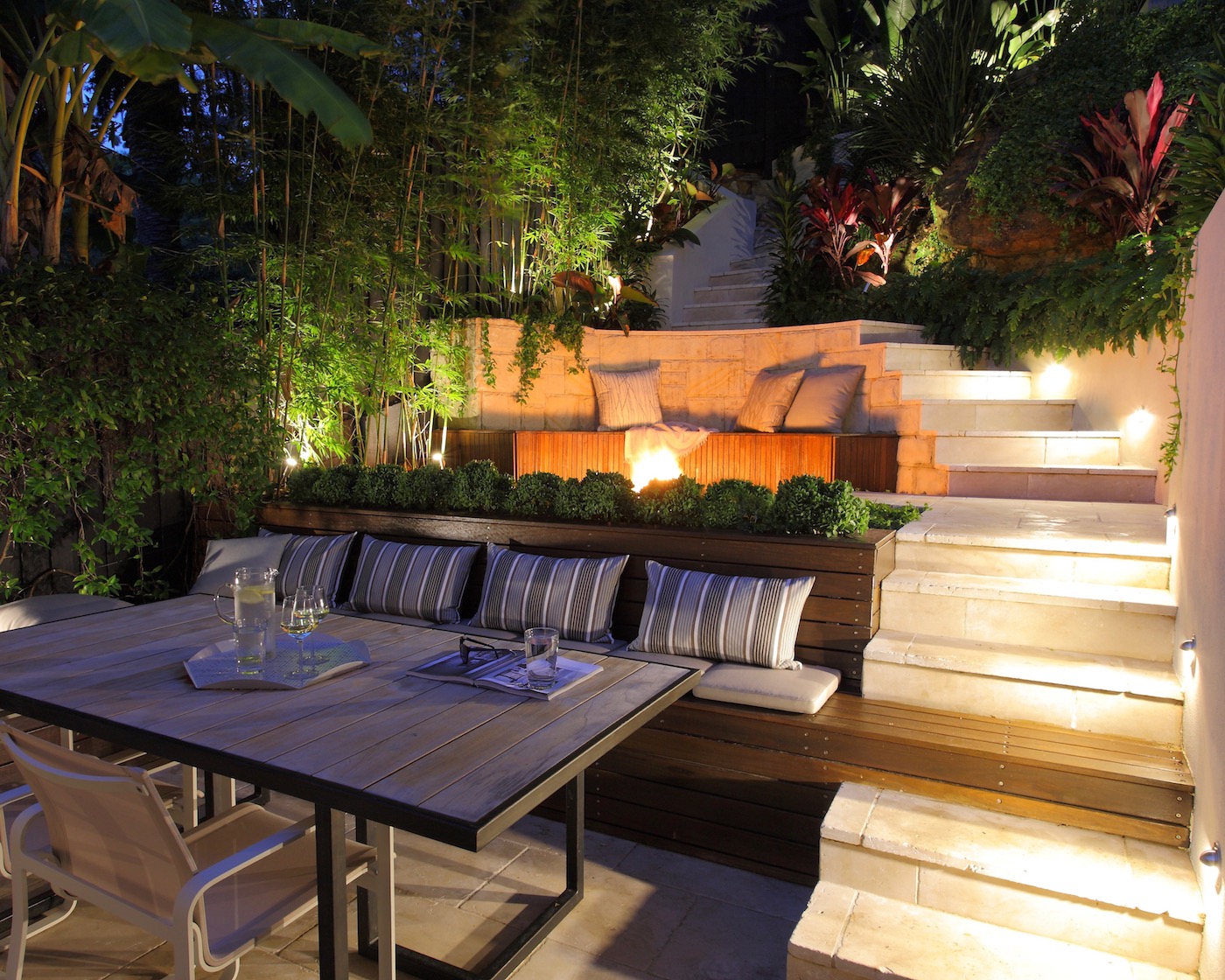 Bondi – A growing room in a tiered landscape

The brief was to create multiple areas within the limited space, so that the kids and adults could enjoy their own space whilst still being in close proximity to each other.

When Growing Rooms was engaged to design the space, the existing garden was unsafe and unusable resembling a sandstone quarry. The steep gradient and lack of level steps made access from the rear difficult and the kids were prohibited from playing outside.
Our approach to the design was to create two lower tiers featuring a built in bench seat on each, with space for dining and a fire pit built in to the decking.

The steps and landing curve around to form the backrest of the upper level bench seat, whilst avoiding the large rock face that we decided to keep exposed as a feature wall.

The steps continue to a third level, where space has been left for the storage of surfboards.